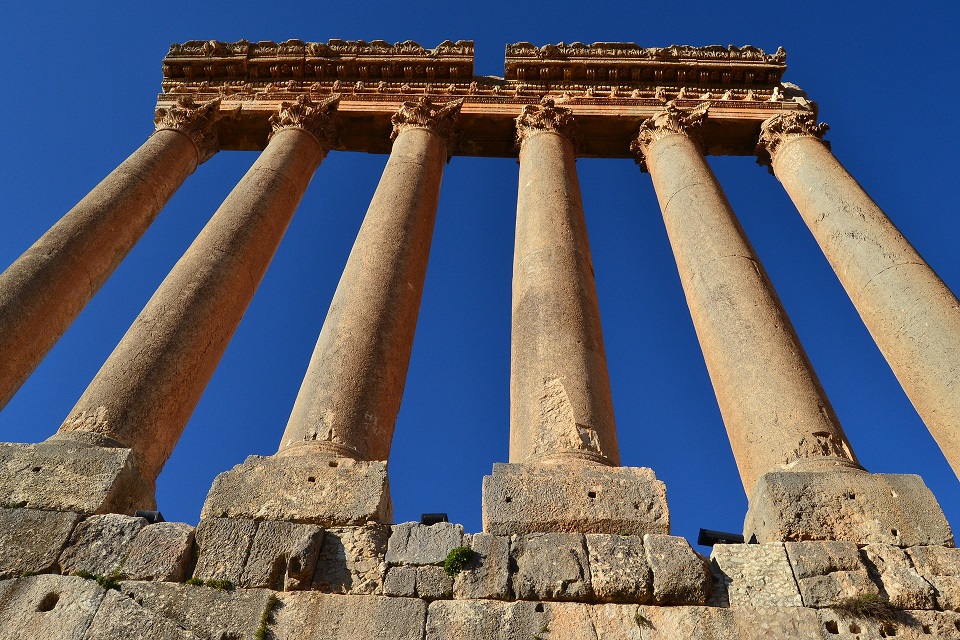 Highlights & Tour Itinerary
Highlights
- Explore the rich heritage from Phoenician to Roman times with your private guide.
- Admire the limestone caves of Jeita Grotto.
-  Explore the historical and traditional atmosphere of Tripoli.
-  See the famous Cedars of God, a World Heritage Site.
Tour Itinerary
Day 01: Beirut Airport – Beirut Hotel
Welcome to Lebanon! Our representative meets and assist you. Transfer to your hotel in Beirut (accommodation not included throughout the tour). Rest of the day at leisure.
Day 02: Beirut City Tour – Deir el Qamar – Beiteddine – Beirut Hotel
Pickup hotel lobby and start your day with a visit to the National Museum built in 1937. It houses antiquities and treasures from all over Lebanon, dating from prehistoric times through the Ottoman period. Photo stop at the Pigeon Rock and the popular Corniche. In Downtown see the remains of the Roman Baths, Mohammad Al-Amin Mosque, old churches and the bustling Hamra Street.
Continue to Chouf, the heartland of the Lebanese Druze community. Arrive to the village of Deir el Qamar, meaning “Monastery of the Moon”. From the 16th to the 18th century Deir El Qamar was the residence of the Emirate of Mount Lebanon. Attractions are the 15th century Fakhreddine Mosque and the Maronite Church Our Lady of the Hill. Close by you find Beiteddine Palace, Lebanon’s best example of early 19th century Lebanese architecture. It was built over a thirty years period by Emir Bechir Chehab II, who ruled Mount Lebanon for more than half a century. Return transfer to your hotel in Beirut.
Day 03: Beirut Hotel – Baalbek – Ksara Winery – Anjar – Beirut Hotel
Today we head for the Bekaa Valley. Studded with villages, vegetable farms, wineries and ancient ruins, the plains of Bekaa are rich with history and culture. First stop at Baalbek, Lebanon’s greatest Roman treasure. You see here two of the largest temples: the Jupiter Temple and the Bacchus Temple adjacent to it. A short distance away is the circular structure known as the Temple of Venus. Only part of the staircase remains from a fourth temple dedicated to Mercury.
Continue to the Ksara Winery, founded in 1857 by Jesuit priests. Chateau Ksara is the Bekaa’s oldest private wine company. These vineyards are famous for their top quality and advanced French cultivation techniques. The wine there is one-of-a-kind because of the caverns and hallways that have been engraved in the rock since the Roman period.
Next on our list are the Umayyad ruins of Anjar. This iconic site once housed three grand palaces, Roman-inspired public baths, a residential area, a mosque and a commercial center. Its grand architectural scheme is made to be an almost perfect quadrilateral, with perpendicular streets and alleys that intersect at the city centre. Overnight Beirut Hotel.
Day 04: Beirut Hotel – Jeita Grotto – Harissa – Byblos – Beirut Hotel
Short ride to the Nahr Al Kalb Valley, where one of the most impressive and interesting natural sites are located: Jeita Grotto. In two interconnected caves you find various shapes and sizes of stalactite and stalagmite, the lower cave can only be visited by boat.
Continue to Harissa to visit the Shrine of Our Lady of Lebanon. By cable car you reach the heights of more than 600 meters to see the chapel and walk up to the statue of Mary overlooking the bay of Jounieh. Then drive to Byblos, one of the oldest continuously-inhabited cities in the world. Excavations show that it dates back to the 06th millennium BC. It is a very charming city distinguished for its gorgeous ancient harbor, seaside fish restaurants, ancient souks, and charming residential neighborhoods. The tour includes visit to St John Crusader Castle, the old souqs and the Fossil Museum. Drive around 1 hour back to your Beirut Hotel.
Day 05: Beirut Hotel – Tripoli – Cedars of God – Gibran Museum – Beirut Hotel
Drive around 1.5 hours to Tripoli, Lebanon’s second largest city. Many buildings date from the 14th century, twelve mosques from Mamluk and Ottoman times have survived, along with an equal number of madrassas. Visit the Citadel, one of the Hammams and the Soap Khan.
Continue up to the Cedars of God. Written more than 4,000 years ago, parts of the oldest surviving story in the world, the Epic of Gilgamesh, took place in the word-renowned Cedars of God.  The Cedars of God is one of the last vestiges of the extensive forest of the Cedars of Lebanon that once thrived across Mount Lebanon in ancient times. Stop at the Kahlil Gibran museum, showcasing 440 original paintings and drawings of the artist and philosopher. Overnight Beirut hotel.
Day 06: Beirut Hotel – Sidon – Tyre – Beirut Hotel
Be ready to discover the area south of Beirut. Sidon is the third great Phoenician city-state which experienced its golden age during the Persian era between end of the 6th century BC and mid of the 4th century BC. The Crusaders brought Sidon new prestige. Today you can enjoy visiting the ruins of the Sea Castle built by the Knights of St John. In the old town, Mamluk and Ottoman buildings worth a visit such as the Soap Caravansary (Khan Assabun) and the Franks Caravansary (Khan El-Franj).
Continue to Tyre, the Phoenician Sur. The city grew wealthy from her far-reaching colonies and her industries of purple-dyes textiles. But also attracted the attention of jealous conquerors, among them the Babylonian King Nebuchadnezzar and Alexander the Great. See here the two major archaeological sites. Al Bass consists of an extensive necropolis, a three bay monumental arch, and one of the largest hippodromes ever found, all dating from the 2nd to the 6th century AD. The City Site, located on what was originally the Phoenician island city, is a vast district of civic buildings, colonnades, public baths, mosaics, streets, and a rectangular arena. Overnight Beirut hotel.
Day 07: Beirut Hotel – Beirut Airport
3 hours before departure time you will be picked up from your hotel lobby and transferred to Beirut Airport to say farewell.