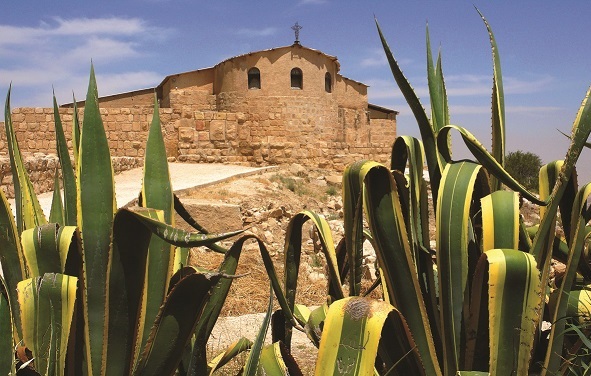 Highlights & Tour Itinerary
Highlights
- Explore the UNESCO World Heritage Site Petra.
- Enjoy views from the massive Crusader Castle in Kerak.
- Visit the Dead Sea, the lowest point on earth.
- Feel like a Roman when strolling the remains of Jerash.
Tour Itinerary
Day 1: Amman Airport − Petra Hotel
Welcome to the Hashemite Kingdom of Jordan! Our representative meets you with a signage in front of the immigration Amman Airport. Get to know your friendly, English speaking chauffeur. For around 2.5 hours he drives you safely along the Desert Highway to Petra. Check-in hotel, remainder of the day free to rest. Overnight at Petra Palace Hotel or similar for the 3* category, at Petra Guest House or similar for the 4* category, at Movenpick Resort or similar for the 5* category.
Day 2: Petra Tour − Petra Hotel
Today visit the highlight of Jordan, the red rose city Petra! You are able to start as early as 06:00, but early birds, don’t forget to ask the hotel for a breakfast box the day before. Meet your local guide and pass the narrow canyon, the so called Siq, with its colourful sandstone. At the end you will be rewarded with a view of the most beautiful monument: the Treasury. Continue via the Street of Facades to the Royal Tombs and Pharaoh's Castle. After around 2 hours the guide says farewell to you at the restaurant area. You have free time to explore Petra on your own. The young at heart for instance have the chance to climb the 800 stairs to the 45 meters high Monastery El Deir. Return to the main gate. Overnight Petra.
Meals: Breakfast
Day 3: Petra Hotel − Kerak Castle − Dead Sea − Mt Nebo − Amman Hotel
We drive to the impressive Crusader Castle Kerak, built in the 12th century as a strategic stronghold to control trade routes. From here we hit the road to the shores of the Dead Sea, the lowest point on earth. The salty water of the lake lets you float, not swim. The mud on the shores is supposed to have healing properties for the skin. After some leisure time at the beach our next stop is Mount Nebo, believed to be the burial site of Prophet Moses. If the weather allows you will have like him a view of the Promised Land. In the remains of the Moses Memorial Church you see beautiful mosaics. Continue to the capital Amman, check in your hotel. Overnight at Toledo Hotel or similar for the 3* category, at Al Qasr Metropole Hotel or similar for the 4* category, at the House Boutique Suites or similar for the 5* category.
Meals: Breakfast
Day 4: Amman Hotel − Ajloun Castle – Jerash – Amman Airport
Check out from hotel to drive 1.5 hours to our first destination. Ajloun Castle, known in Arabic as Qal’at Rabad, was built around 1184/85 by a general serving the famous Islamic leader Salah al-Din. Erected on higher grounds its purpose was to watch over the routes to the Jordan Valley and Syria. There is a small museum inside the castle and don’t miss the great view over the surrounding area. Continue to Jerash, once a member of the Decapolis, but its heyday had been under the Romans. It is considered as the best example of a Roman provincial city in the whole Middle East. A local guide will make history come alive. Explore the spectacular Forum, the Roman colonnaded street, the Nymphaeum, theatres and the Temple of Artemis. Drive to Amman Airport for your late afternoon departure.
Meals: Breakfast