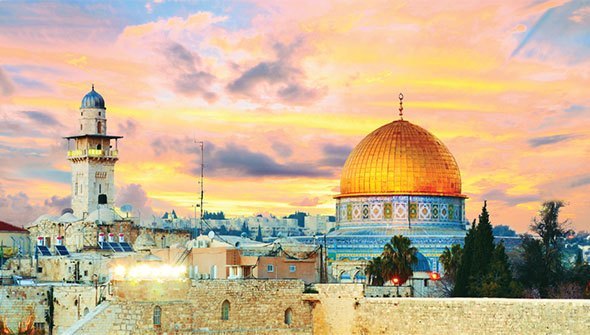 Visiting the religious sites is very important for the awareness of our common heritage. And it helps us to explore the culture of other nations or other religions. Visiting the Holy Land is a must for people who are interested in religious sites. You can find the place where Muslims believe Prophet Mohammad had the Night Journey (Israa & Miraj). It attracts Christians to visit the place where Jesus lived and when he was crucified. Below you find the most important religious sites in the Holy Land for Muslims, Christians and Jews. 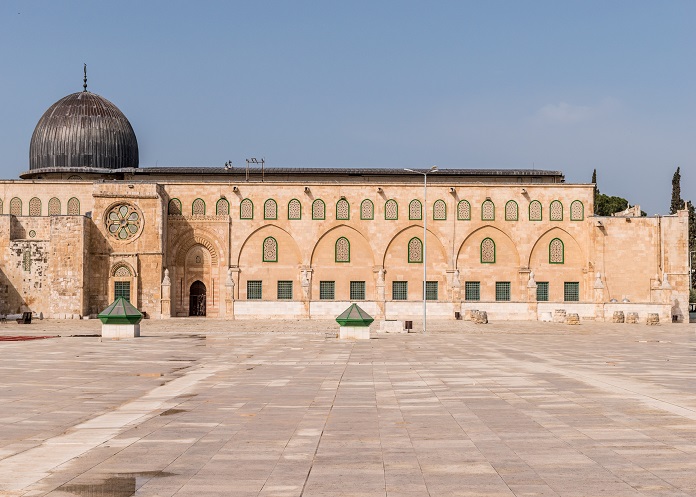 It is one of the biggest mosques in the world. It is the place where Prophet Mohammad had the night journey. Prophet Mohammad was very sad because of the death of his wife Khadija and his uncle and protector Abu Taleb. Therefore, God sent him the Angle (Gabriel) to take him to "the farthest mosque" on the back of a winged mule called Buraq. There he led the other prophets in prayer. And he was back to Makkah on the same night. 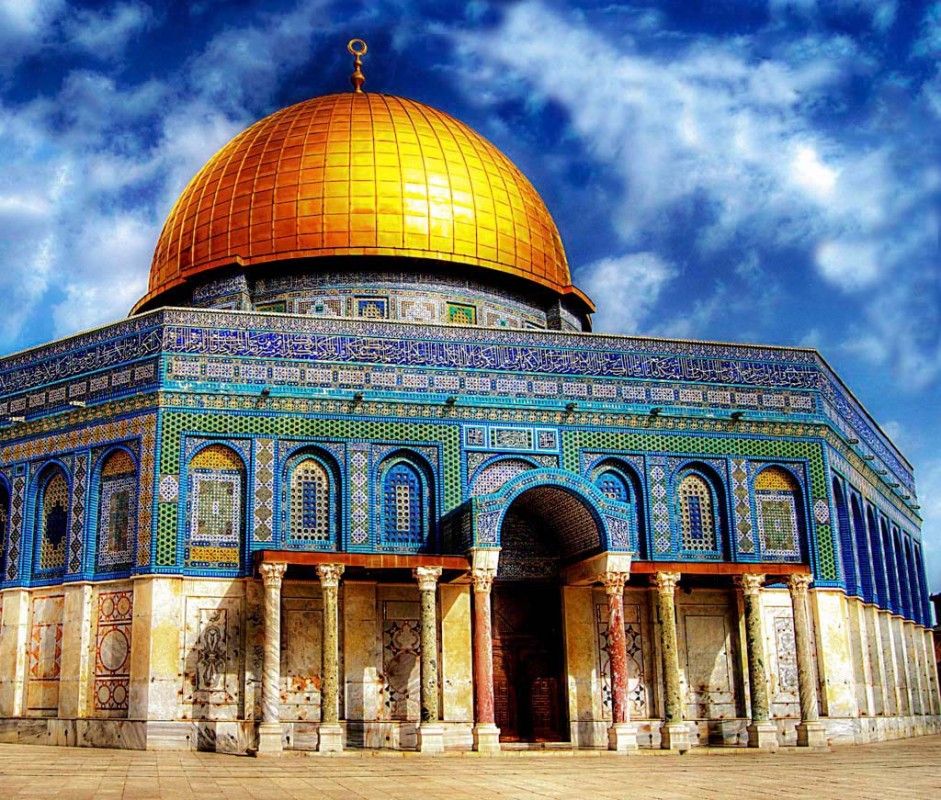 Prophet Mohammad has mentioned that a prayer at Aqsa Mosque worth 500 prayers more than in any other mosque. That is why every Muslim wish to pray there. There you find The Dome of the Rock which is part of Aqsa Mosque. It is one of the most beautiful sights of Islamic architecture. 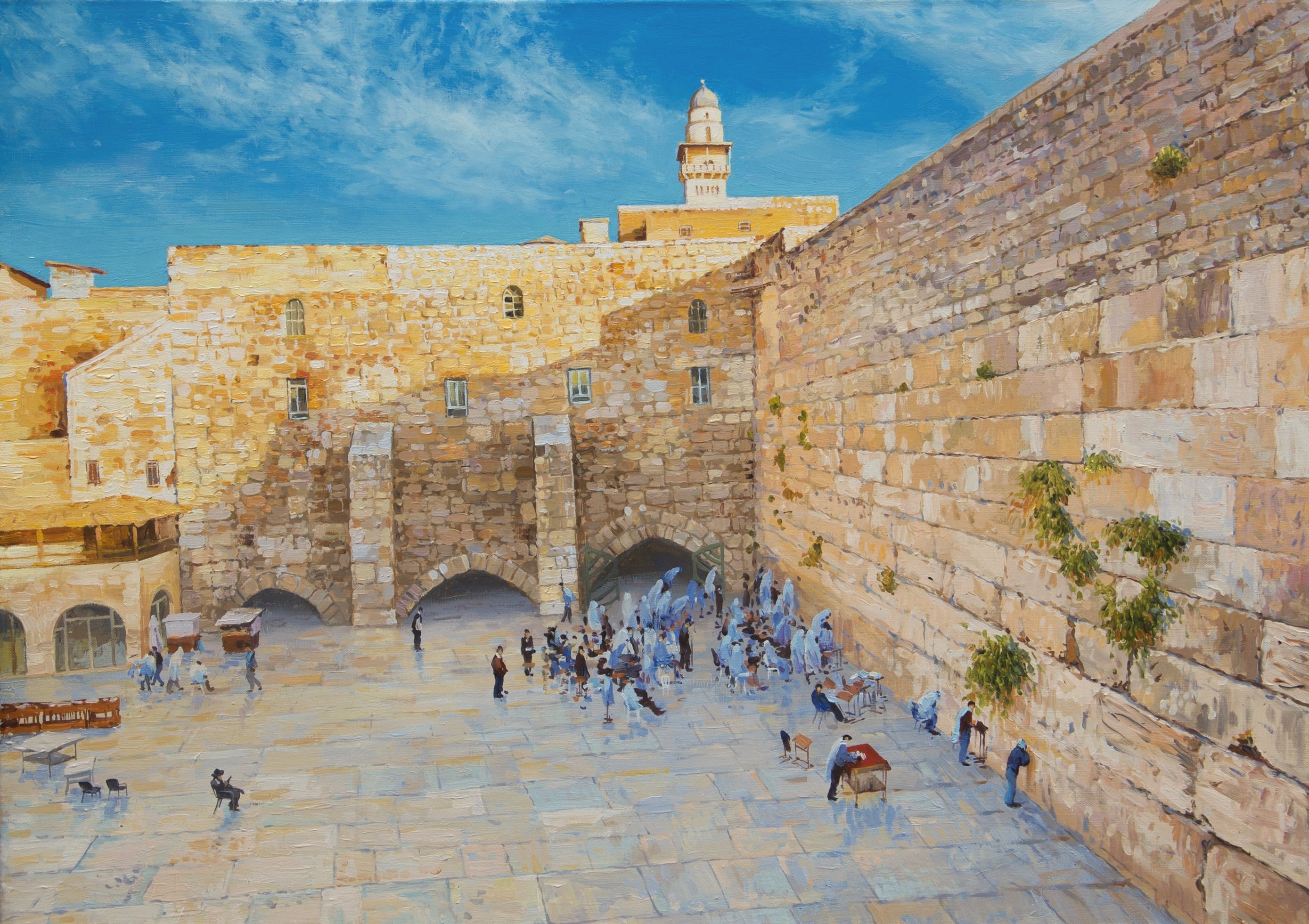 It is known in Islam as the Buraq Wall. This site is important for Muslims and Jews. It is the site where the Islamic Prophet Muhammad tied his winged steed, al-Buraq, on his Isra and Mi'raj to Jerusalem before ascending to paradise, and constitutes the eastern border of al-Haram al-Sharif, the Noble Sanctuary of the Al-Aqsa Mosque.

Whereas Jews believe that the Wall is the holiest place as it is one if the last remaining walls of the ancient Jewish Temple in Jerusalem. The Temple was destroyed in 70 CE by the Romans and much of what remains of the original structure is a small portion of an external supporting wall. This is where Jews are permitted to pray and it is now a tradition to write a short prayer on piece of paper and leave them in the crack of the wall.

When Omar Bin Alkhattab was in Jerusalem to accept the surrender. He visited the Church of the Holy Sepulcher, Omar declined to pray in the church in order to keep the church's status as a Christian site. Instead he prayed outside on the steps east of the church, in a place where the prophet David was believed to have prayed. The first Mosque of Omar was later built at that site. That is why it was called by Omar Bin Alkhattab`s name.

Cave of the Patriarchs 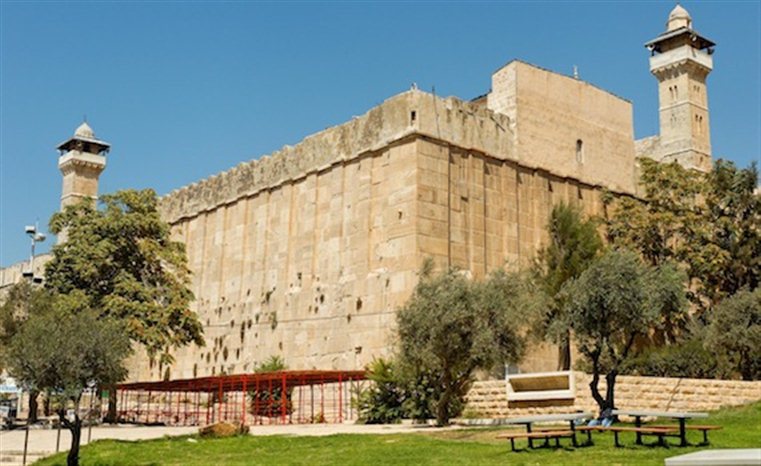 It is a series of caves located in the heart of the Old City of Hebron in the southern West Bank. According to tradition, Abraham, Isaac and Jacob, with their wives Sarah, Rebekah and Leah, were buried in the cave. The site is considered by Muslims to be the forth and by Jews to be the second holiest place in the world.

The Church of the Holy Sepulchre 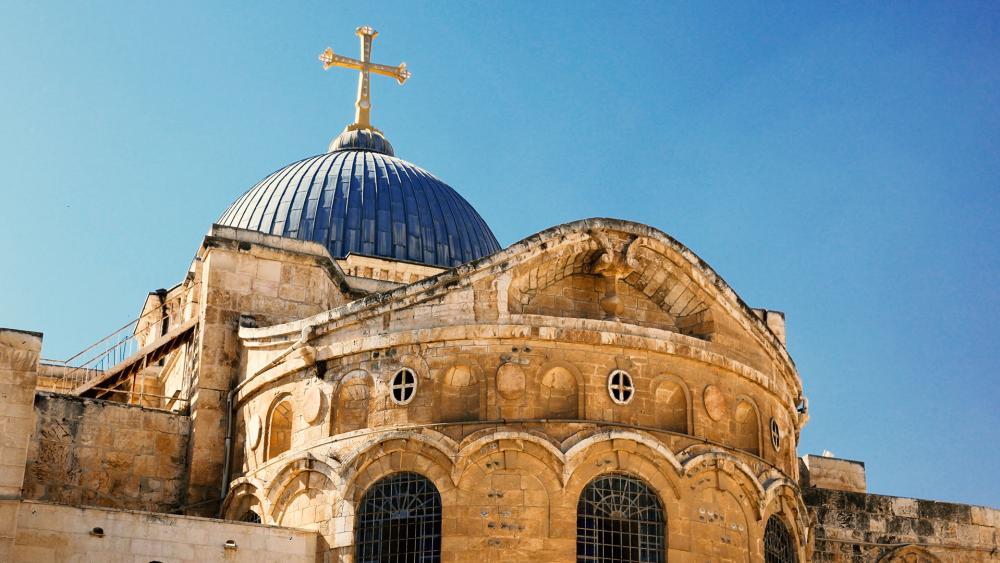 It is the holiest and sacred site for Christians. The Church has two of the holiest sites in Christianity – The place where Jesus was crucified also known as Calvary and the site where He was buried and then resurrected. Final four stations of the cross or Via Dolorosa are located inside the church.

Via Dolororsa ( The Way of Suffering) 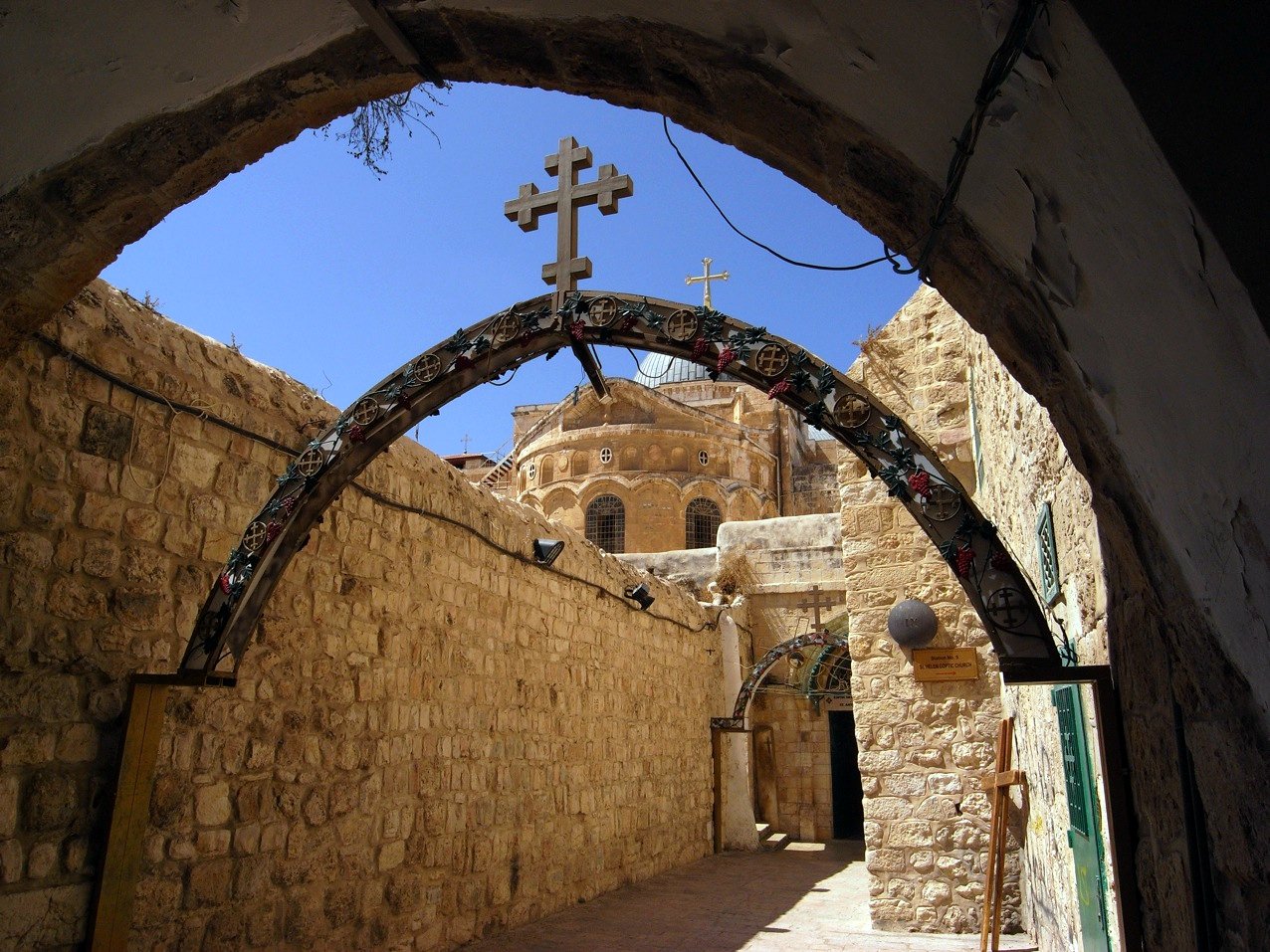 Christians believed the path where Jesus walked in Calvary to His crucifixion. The route goes from Antonia Fortress to the Church of Sepulcher with a distance of 600 meters. There are total of 14 stations and this stations of the cross are stops that commemorate events during the torture, sentencing, carrying of the cross, crucifixion, death and burial of Jesus.  Nine of the 14 stations are based on Gospel references. The other five – Jesus ‘three falls, his meeting with his Mother, and Veronica wiping his face – are traditional. Each stations are marked with plaques with Roman numerals and the streets are signed with “ Via Dolorosa”. Every Friday afternoon Franciscans lead a procession along the route and stopping to every stations.

The Church of Nativity

It is located in Bethlehem and was built by Constantine the Great. Christians believe that it is the birthplace of Jesus. It is one of the oldest churches in the world. There you find the cave in which Jesus was born. Its floor is made of white marble decorated by 15 silver lamps which refer to the Christian denominations. 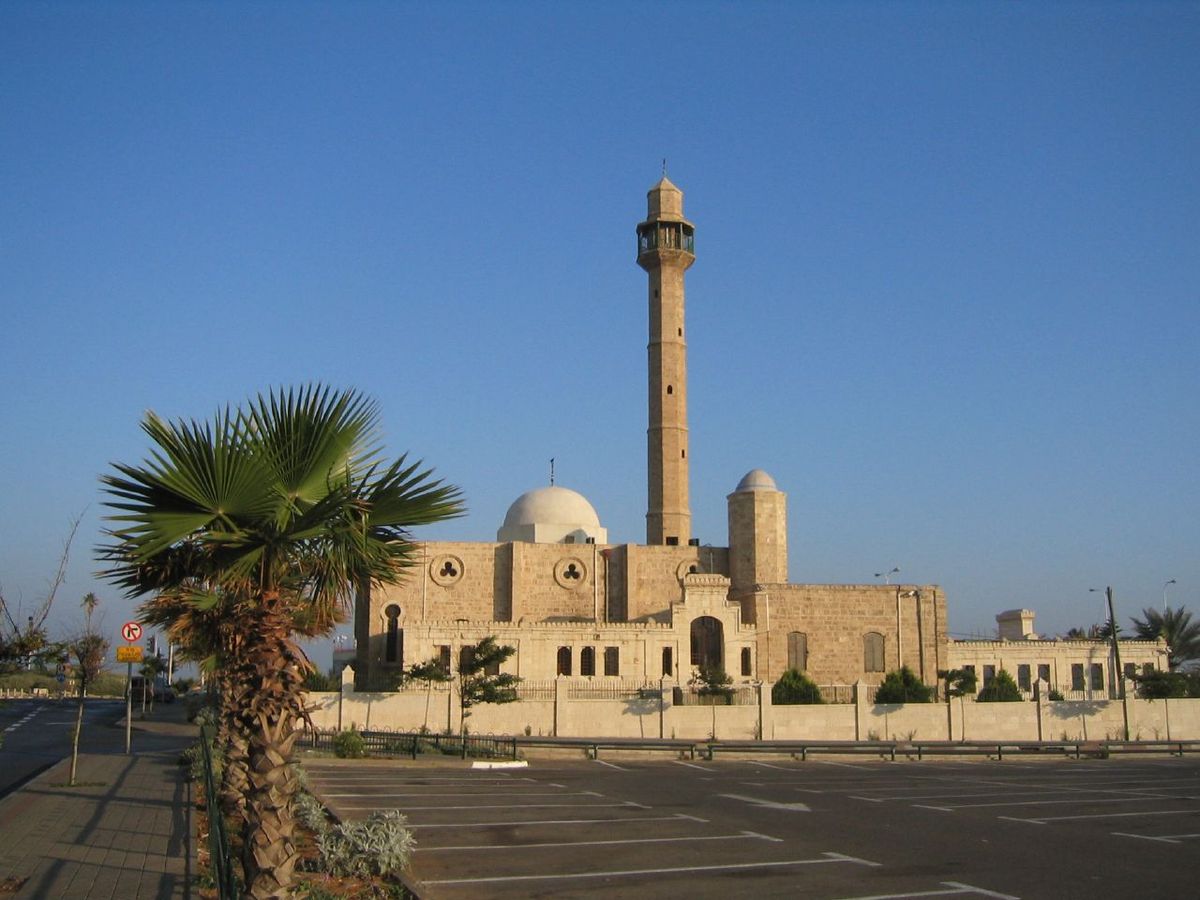 It is located in the city of Jaffa and the only Arab and Islamic monument in the city.  It was named after the governor of Jaffa Hassan Bey or Bek who had the mosque built. It is a Ottoman- style architecture built during 1916 on the border of Tel Aviv and Jaffa. The mosque is made of white limestone and its sole minaret was restored two times. Non- Muslims are not allowed to enter the enter the mosque. 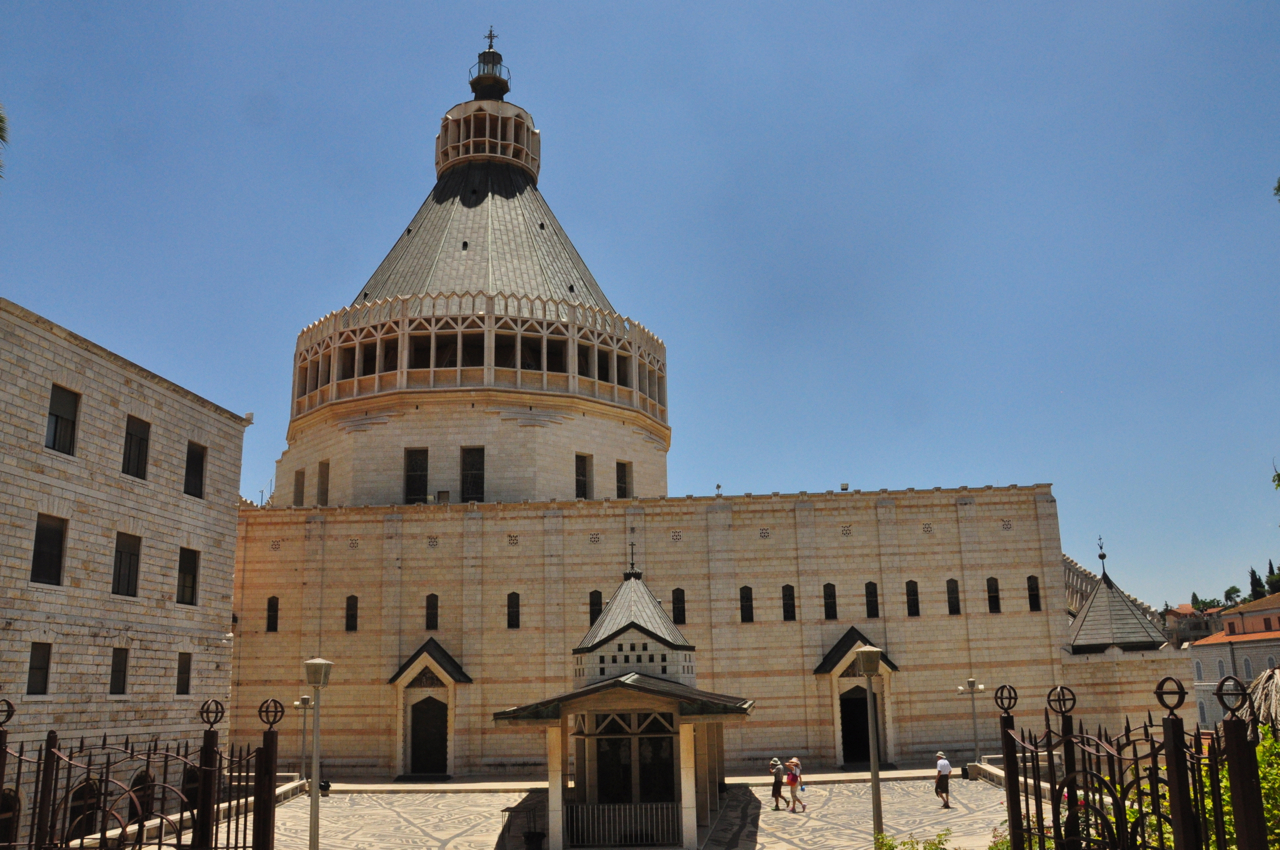 It is located in Nazareth city and considered as one of the holiest sites for Christians. It is believed to be the house of Virgin Mary, the place where angel Gabriel announced that she will be carrying Jesus. The church has been built in 427 but it has been destroyed and many churches have been built where the Annunciation took place. The current building has been established in 1969. There you can see the remains of all the previous churches. It has mosaic photos of the holy family.