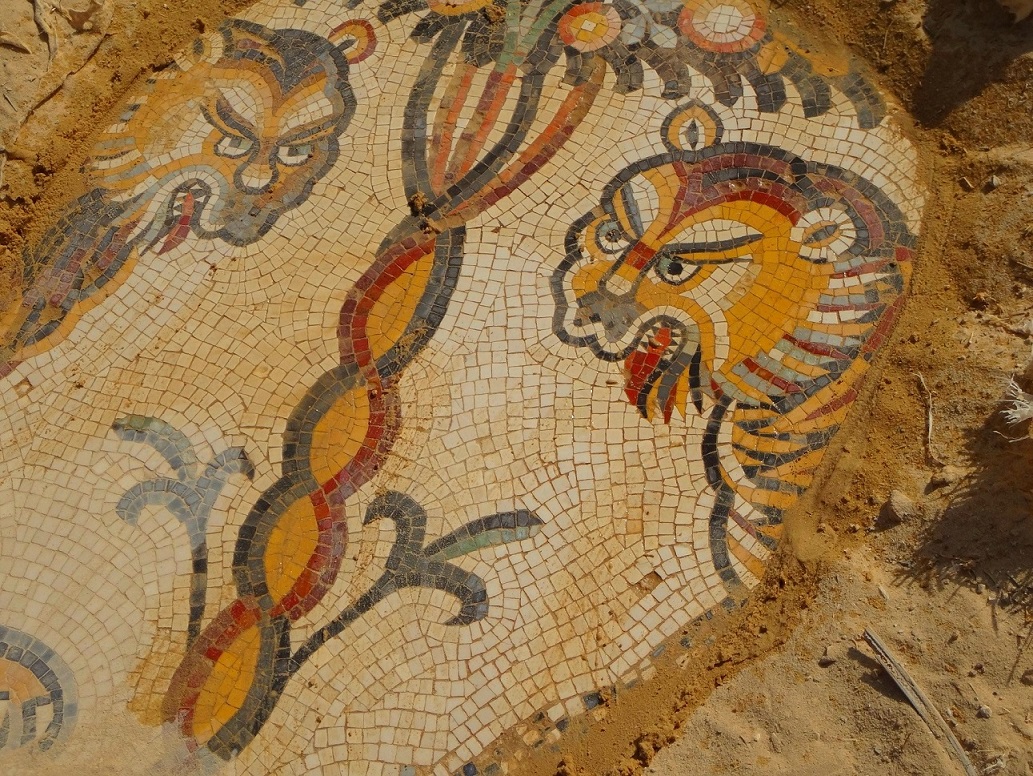 Um Ar Rasas is one of the UNESCO World Heritage Sites in Jordan, but not often found as part of regular tour itineraries. From Madaba you drive around 30 km southwards to reach the site. After riding through the middle of nowhere you park in front of a modern Visitor Centre. But a stream of visitors is not to expect, on my visit I met only a couple.
The area was known as Kastrom Mefa’a, mentioned already in biblical texts. The Romans maintained here a garrison as part of their defensive system. Later Christians settled the place, and apparently start to grow a town. Archaeological excavations unearthed houses, oil presses and remains of 16 churches. Highlight are the remains of the Church of St Stephen, built in the 8th century, with the largest mosaic floor in Jordan. Sheltered under a hangar, the church is easy to locate, from catwalks you can watch the details of the mosaics. They depict hunting and fishing scenes, important cities of the region like Jerusalem, Nablus, Philadelphia (Amman), Madaba and more. The masters responsible for this mosaic art signed the work in Greek inscriptions. 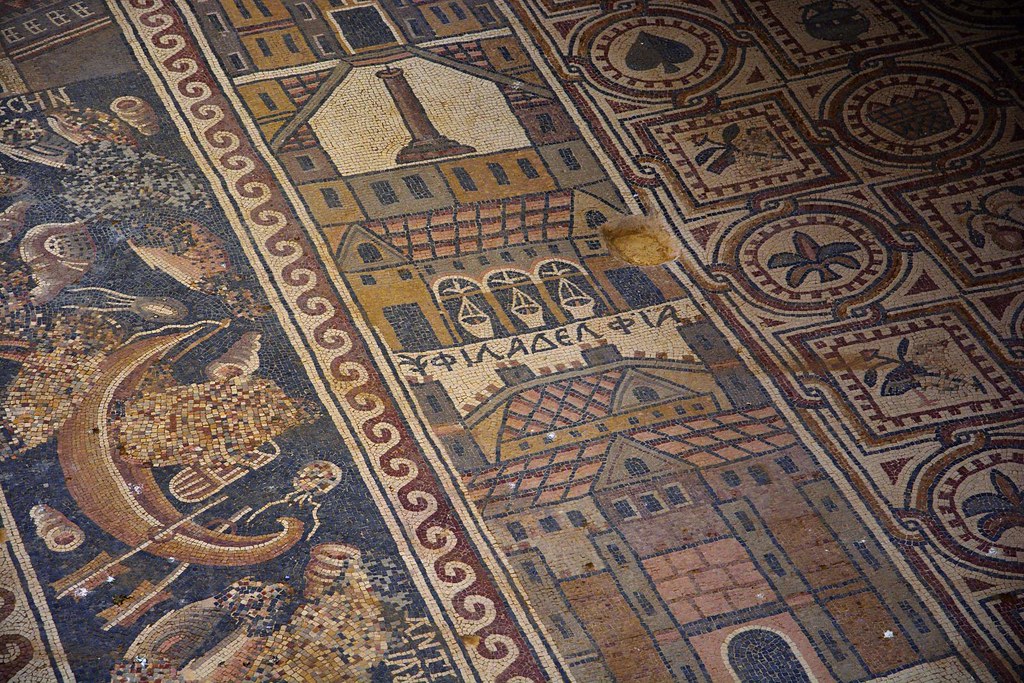 Another attraction of Um Ar Rasas stands outside the walled town; a small, about 14 meters high stone tower. It is believed to be a Stylite tower. On top of it ascetic monks spent their time in isolation, fasting, praying and preaching to their admirers below. This spiritual practice goes back to St Simeon Stylites, who spent 37 years on top of a pillar in Syria.
If you have time to do some sightseeing away from the typical touristic programs, Um Ar Rasas is an option. It is certainly not a top attraction. But it is nice to wander around a site, where most of it remains had not been excavated yet. Roam freely and come across the remains of the Church of the Lions and the Church of the Palm Tree. A few times you need to sweep the sand away to see another mosaic. Without many visitors let your imagination run wild; and see one of the last surviving examples of a Stylite tower.
Entrance Fee: 3 JD per person
Quick Search
Categories and Posts
Local Cuisine 5 Adventure 5 Things to do 12 Helpful Info 25 Attractions 5 COVID-19 Travel Info 1
Popular Posts