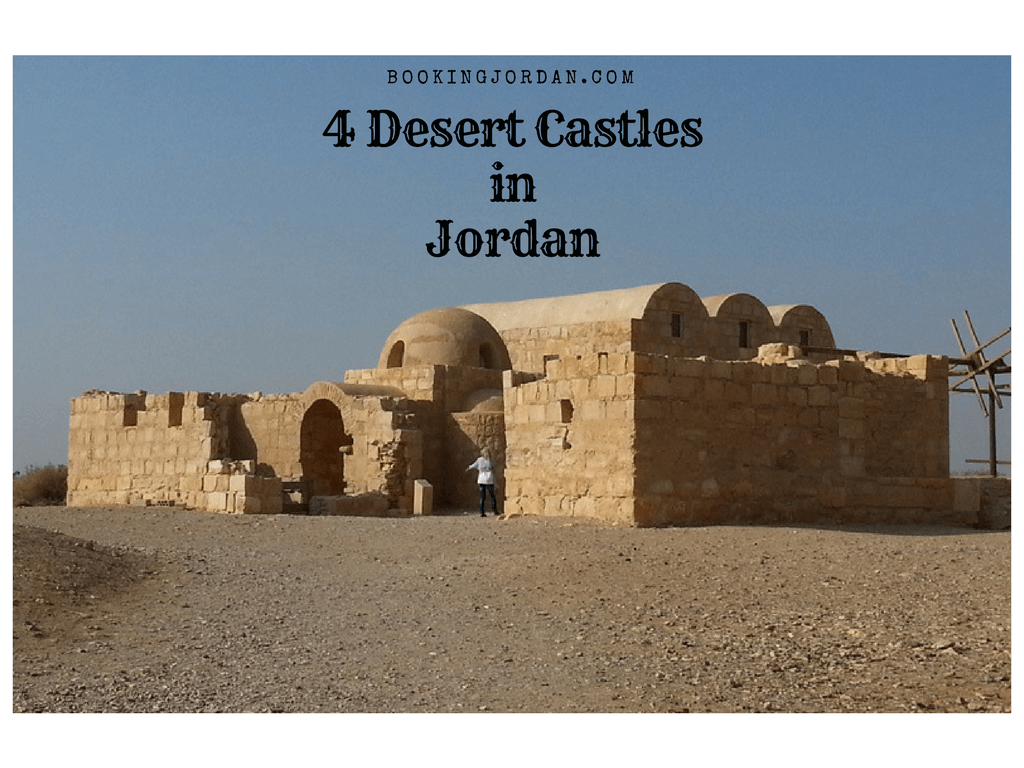 A day of excursion to the desert high wall castles is a perfect way to spending your Jordanian holiday. The castles, nestled in the Eastern part of Jordan, are evidence of its Islamic-Arabic civilization, art, and culture.  Some of the castles are impressively well preserved that you can almost see yourself immersed in a dynamic 7th-century life.

The two-story Qasr (Islamic Castle) Al-Kharrana is the first castle to appear eighty-five kilometers from Amman.  As it stands amidst the flat desert by the highway, it displays an imposing structure that speaks of welcoming authority.  Its rooftop offers a good view of the desert surrounding it.  Up to this day, it continues to astound archeologists and historians as its purpose on how it was used remains unclear.  There are several theories surrounding the castle’s functions:  Looking at its external structure, it looks like a fortress built for defense purposes; its strategic location suggests that it must have been an accessible meeting place between the local Bedouin leaders and Umayyad Caliphs; and, it must be a caravanserais used for passing camel trains.   No one really knows, but its mystery adds to its beauty.

After a few kilometers, you will find Qasr Al-Azraq which was built in black basalt and in a nearby oasis, the only water source in the area back in the ancient days. Because of its permanent water supply in the middle of an arid desert region, many inhabited the castle dating back from the Nabatean people, the Romans, Byzantine and the Umayyad Empire.  How it looks like now is a result of several renovations done by its inhabitants through the years.

It also headquartered Arabs who fought against the Turks during the Arab Revolt in 1917 to 1918. It housed T.E Lawrence (known as Lawrence of Arabia), a British military officer, diplomat, and writer who significantly contributed in the area of strategy during the period.

Quseir means “little castle” in Arabic and this quaint castle in the middle of a vast desert is famous for its colorful frescos, baths, and wells.  Quseir Amra was built by Walid Ibn Yazid, whose one-year reign was marked by his love for beauty and pleasure. It was his get-away palace where he traveled with his entourage all the way from Damascus to relax and enjoy.

Today, we see walls of lively and lavish 8th-century lifestyle such as feastings, zodiac, naked women paintings, wine drinking and music performance.  One could imagine an ancient popular stop-over where everyone dines and enjoys. It is amazingly preserved well that it deserves to be one of the Unesco World Heritage Site.

Standing with grandeur around 30 kilometers from Zarqa is a castle originally built as a Roman fortress, Qsar Al-Hallabat.  It was built with a mix of black basalt and white limestone; it has a large reservoir, cisterns and bathhouse, and a mosque just fifteen meters from the castle itself.  Apart from the colorful history behind this structure, it features floor mosaics, decorative carvings, and beautiful frescoes.

It was a wonderful experience driving around the vast desert in East Jordan and discovering these beautiful castles in it.  Imagine how dynamic and culture-rich the lives of the people in Umayyad Empire were!  Their ingenuity of building and restoring the castles, their intelligent systems, and their fine art left us in awe.