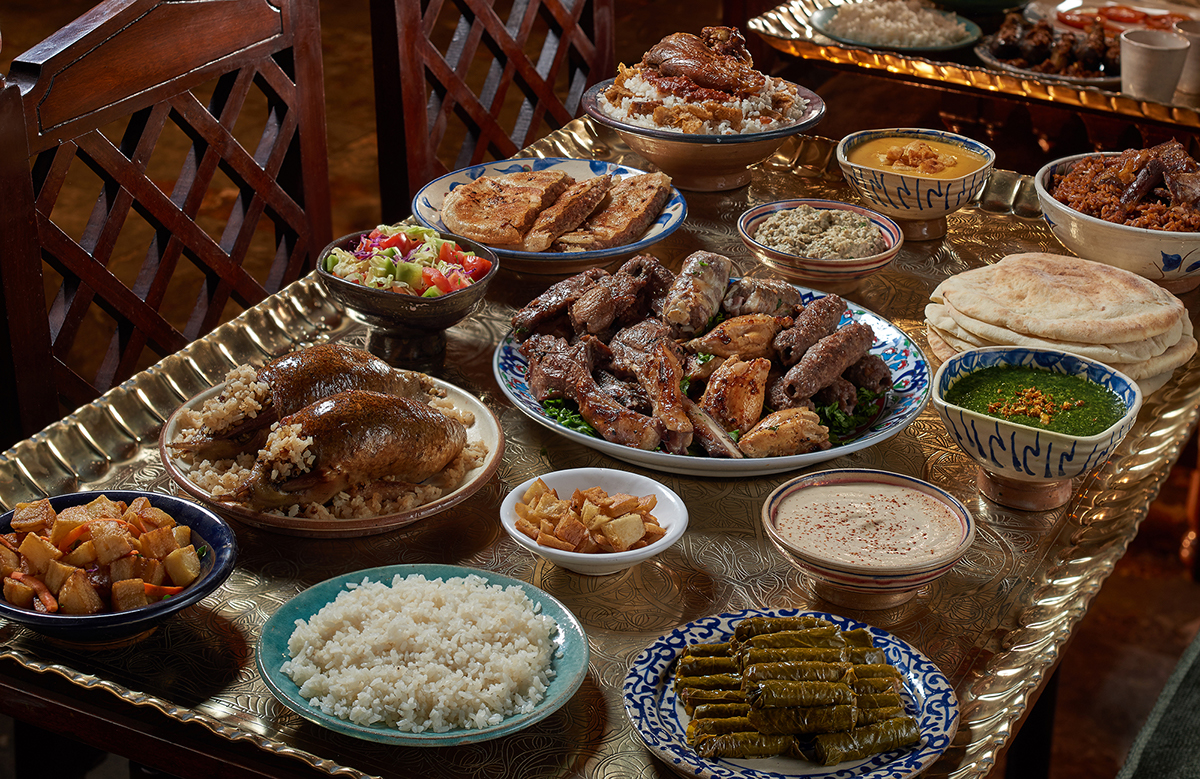 Food is the most important thing in our lives. It reflects our personality, history, region and even our religions. The first question you ask about the country you are going to visit is “how is the food there? what do they eat? Which dish is the most delicious?”. Each country has a special dish which visitors should not miss. Egypt is known for variety of food.  Below you find the best dishes to eat in Egypt.

Foul Mudammes and Tamiah is a combination of one of the best flavors you can ever taste. It is a breakfast meal, served with vegetables, oil, cumin, and optionally with chopped parsley, garlic, onion, lemon juice, chili pepper. Foul mudammes is cooked fava beans. Tamiah or Falafel as it is called in other countries. The difference between Tamiah and Falafel is that Falafel is made of chickpeas “Hummus” whereas Tamiah is made of fava beans. Do not forget to drink a hot cup of tea when you eat this special meal. 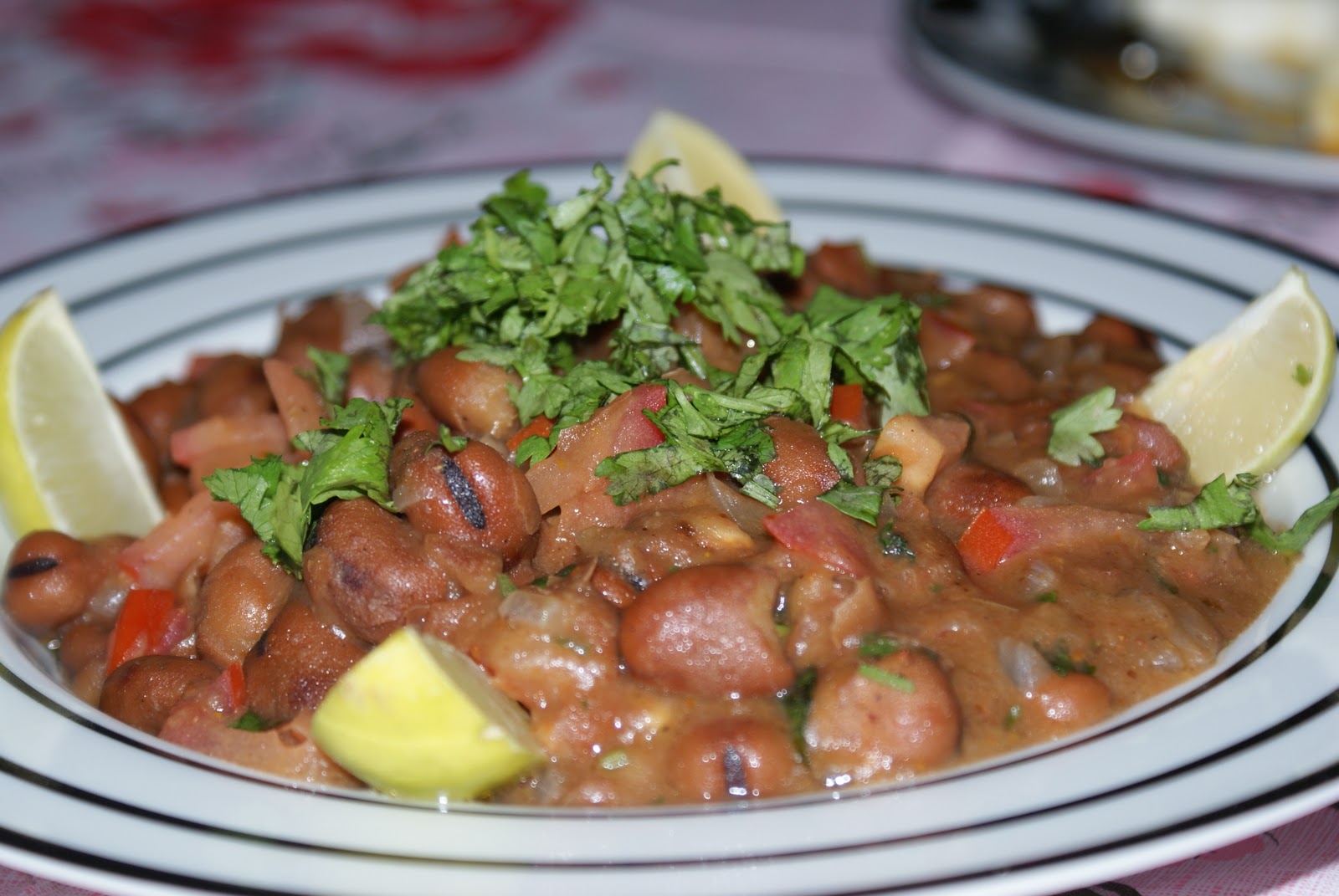 It is a popular dish in the middle east but each country has its own method to cook it. Molokhia a very healthy leafy green cut into tiny pieces. It can either be cooked with chicken or lamb, but the special thing about Molokhia in Egypt is that it can be cooked with rabbit. The people either hate Molokhia or love it, there is no between. You need to try to find out to which group you belong, if you love it you will always want to eat it. 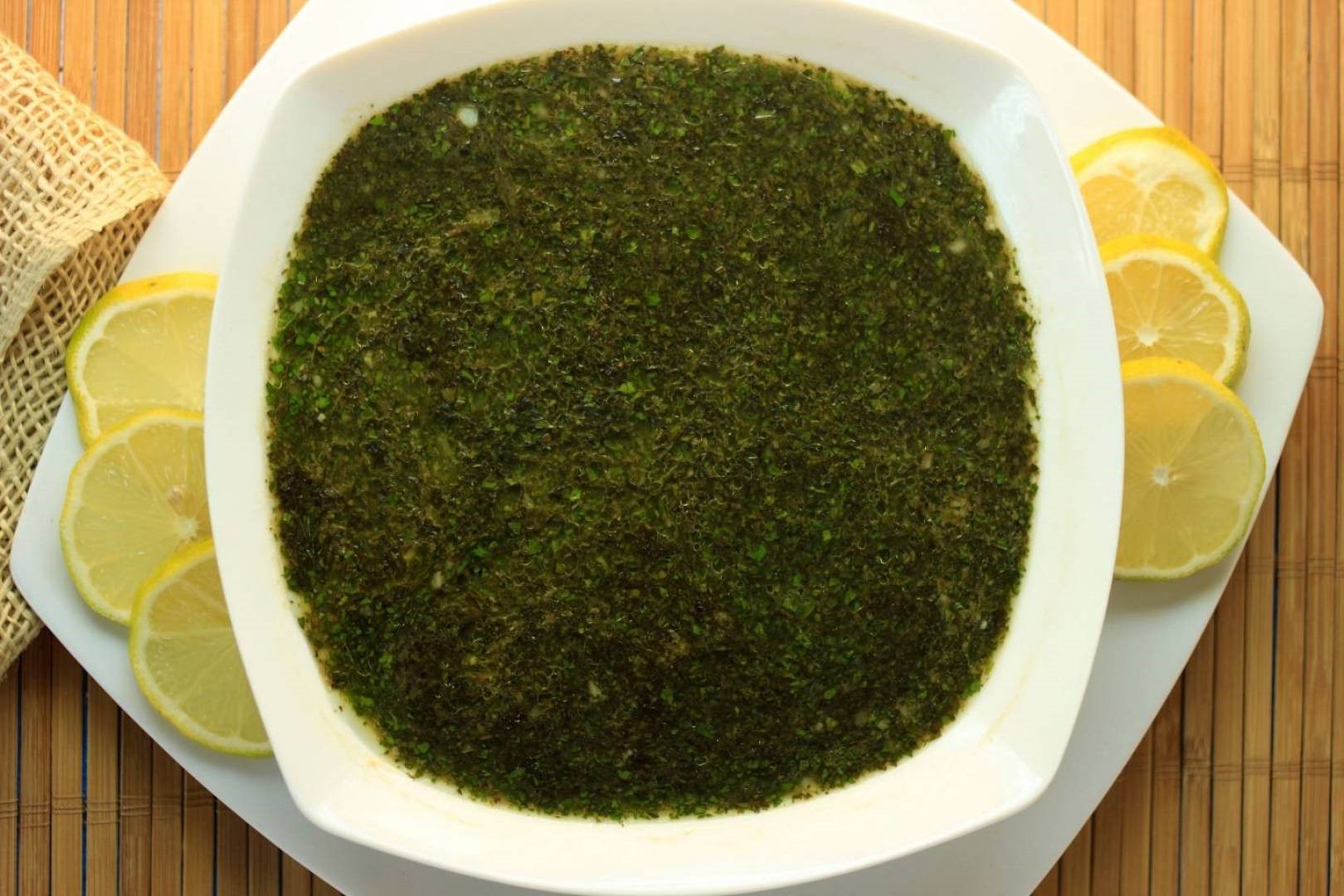 It is a very popular street food in Egypt. It is made of spaghetti and lentil. Topped off with spicy tomato sauce and fried onions. It is easy to be prepare at home and also considered as a vegan dish. Beside it has a very cheap price. 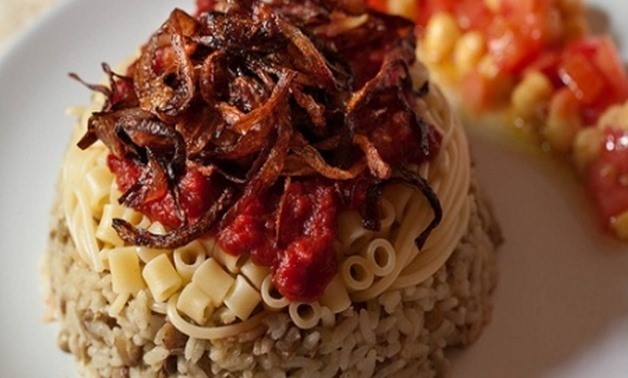 Originally it is a Turkish dish called “Dolma”. It is an amazing dish which is very popular in the Middle East. It is consists of baked vegetables, usually zucchini, eggplant, pepper, onion and sometimes tomato. Stuffed with rice mixed, mince and accompanied by tomato sauce. 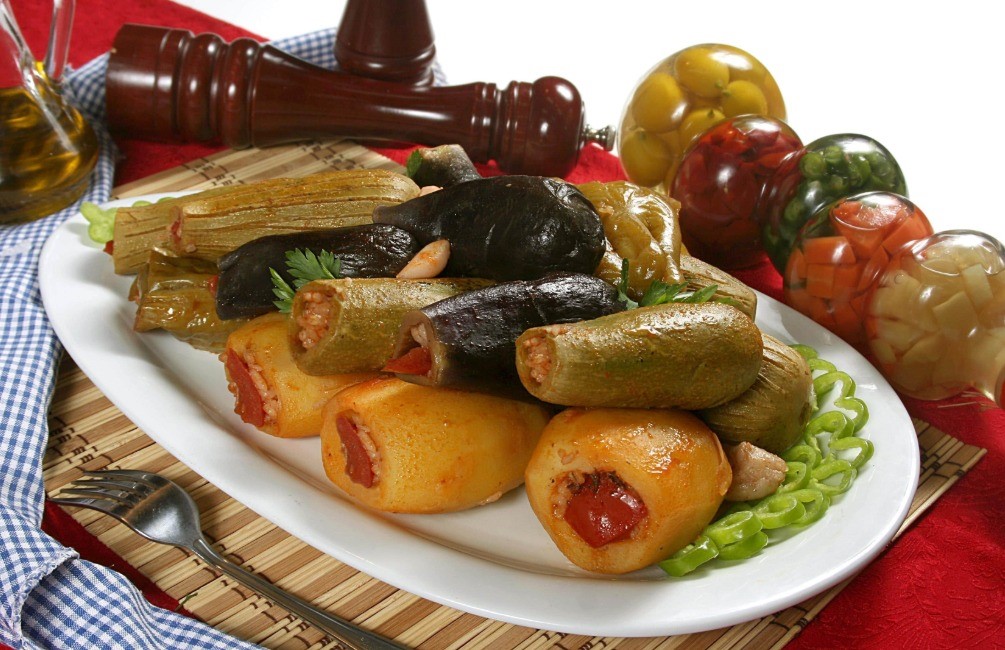 It is a soup and a bean dip. Sometimes it is prepared using split peas or chickpeas. It is very popular in north Africa. prepared with dried, puréed broad beans as a primary ingredient. Additional ingredients include garlic, olive oil, lemon juice, hot red pepper, cumin, and salt. 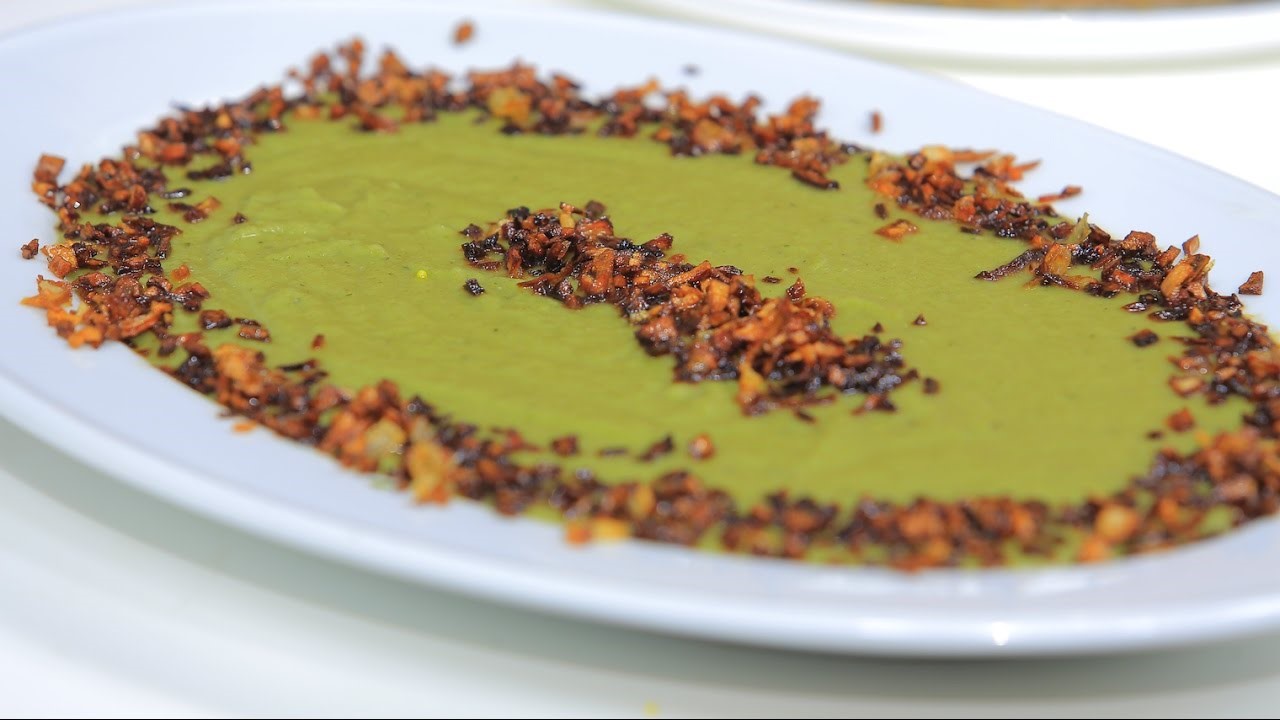 It is a flaky Egyptian layered pastry. It consists of many thin layers of dough and ghee and an optional filling. The fillings can be both sweet or savory. We can say that the feteer is a combination of pizza and pancake. But it is more delicious than both. 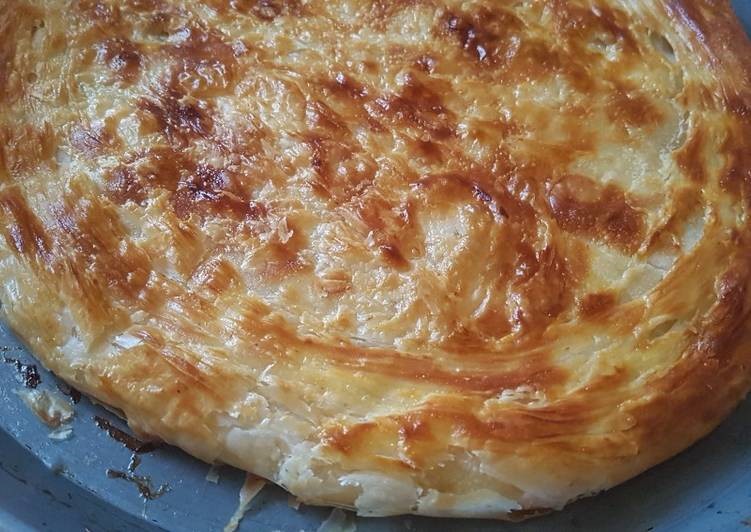 Hamam Mahshi means domesticated pigeon. Like the standard mahshi, hamam mahshi is filled with stuffing. They are stuffed with seasoned rice or, even better, bulgur wheat (freek) before being grilled or baked. It is a very delicious traditional food. 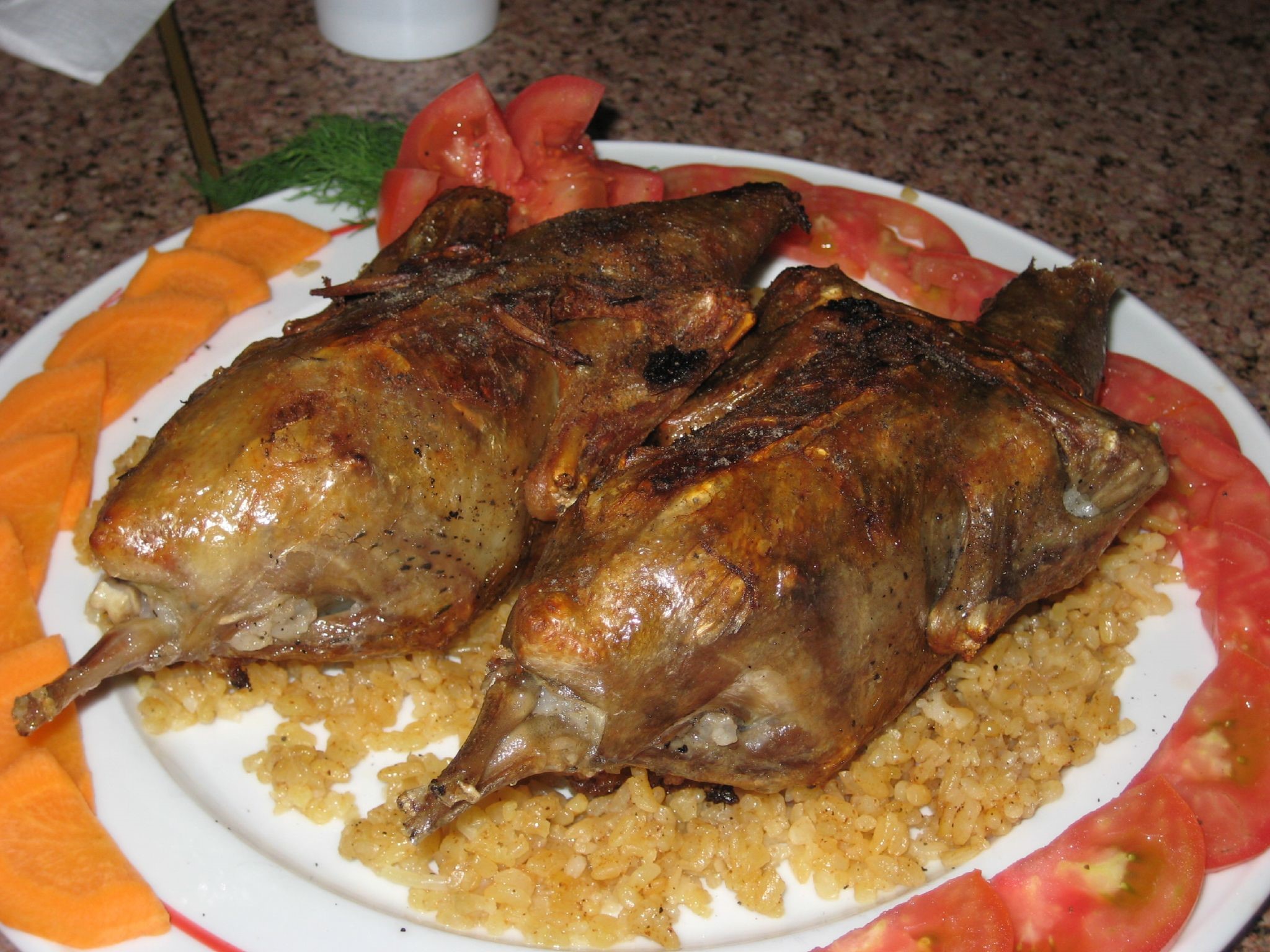 It is a pita stuffed with minced meat and spiced with onions, pepper, parsley, and occasionally chilies. Many restaurants in Egypt sell this dish. It’s typically bought as take-away food though. It is very popular in the middle east. In other countries it is called “Arayes”. 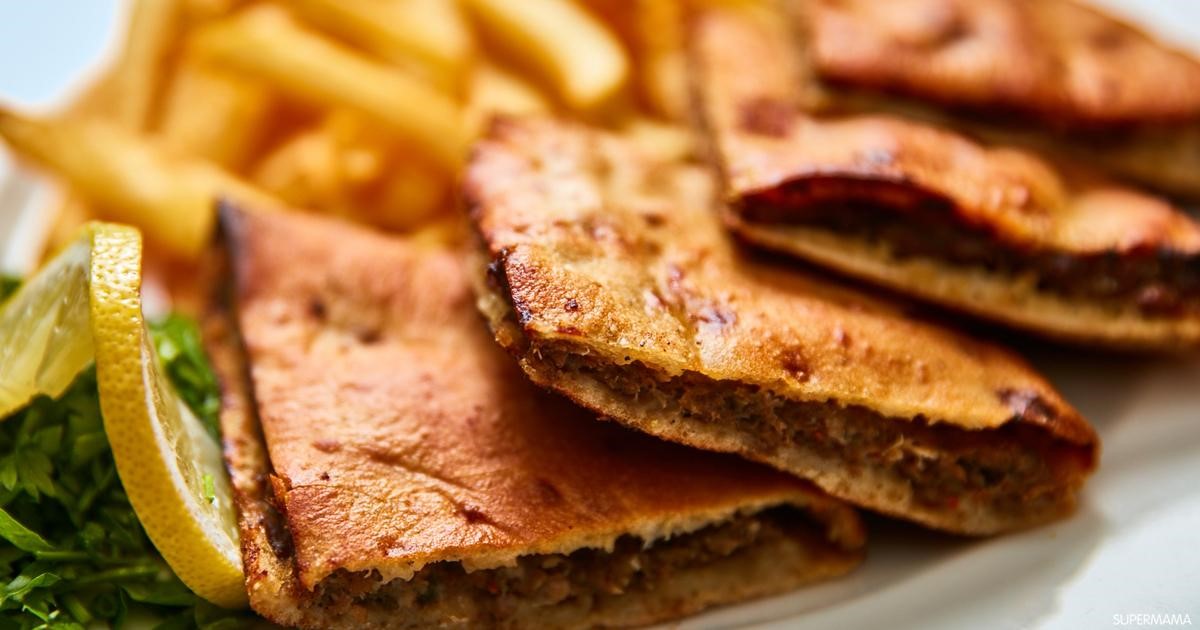 It is one of the dishes which meat lovers enjoy in Egypt. The main ingredient may be lamb meat, beef or chicken. The meat is first minced. Salt, cumin, nutmeg, black pepper, garlic, onion and parsley are added to the minced meat. The mixture is divided and shaped. Then it is grilled and served with a simple chopped tomato and cucumber salad and a disc of flatbread. 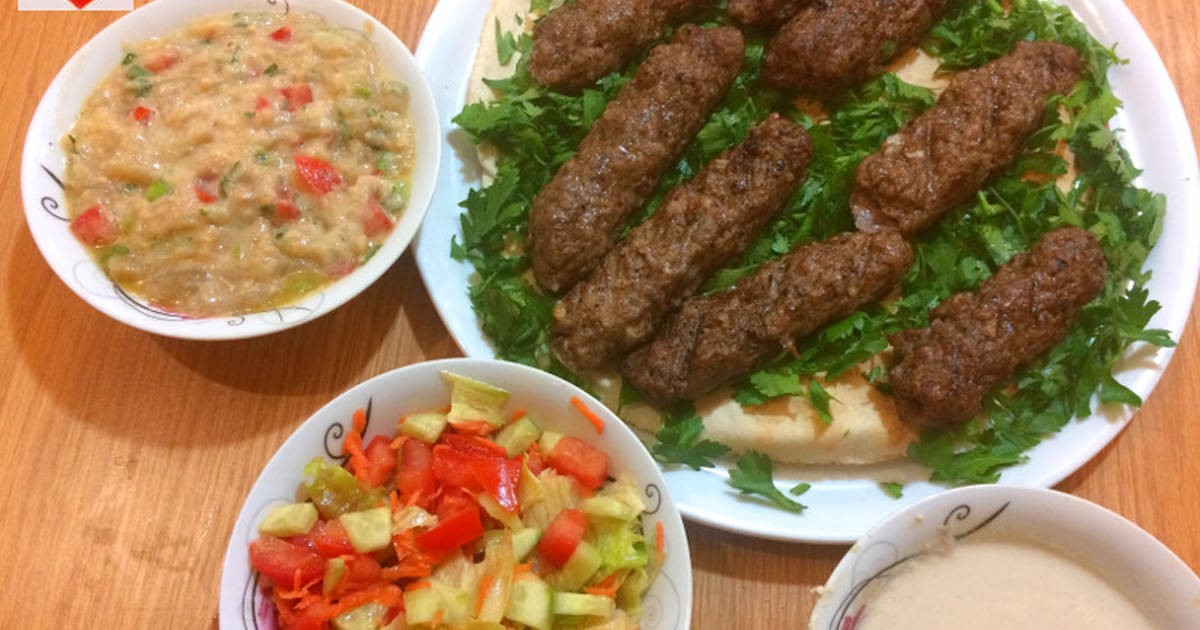 It’s usually based on either potato or eggplant. It is mainly based on eggplant. The Egyptian version of moussaka is made from layers of fried eggplant immersed in tomato sauce and then baked. A layer of seasoned cooked ground beef is usually added between the eggplant before baking. The dish can be served hot but is usually chilled for a day or so to improve the taste. 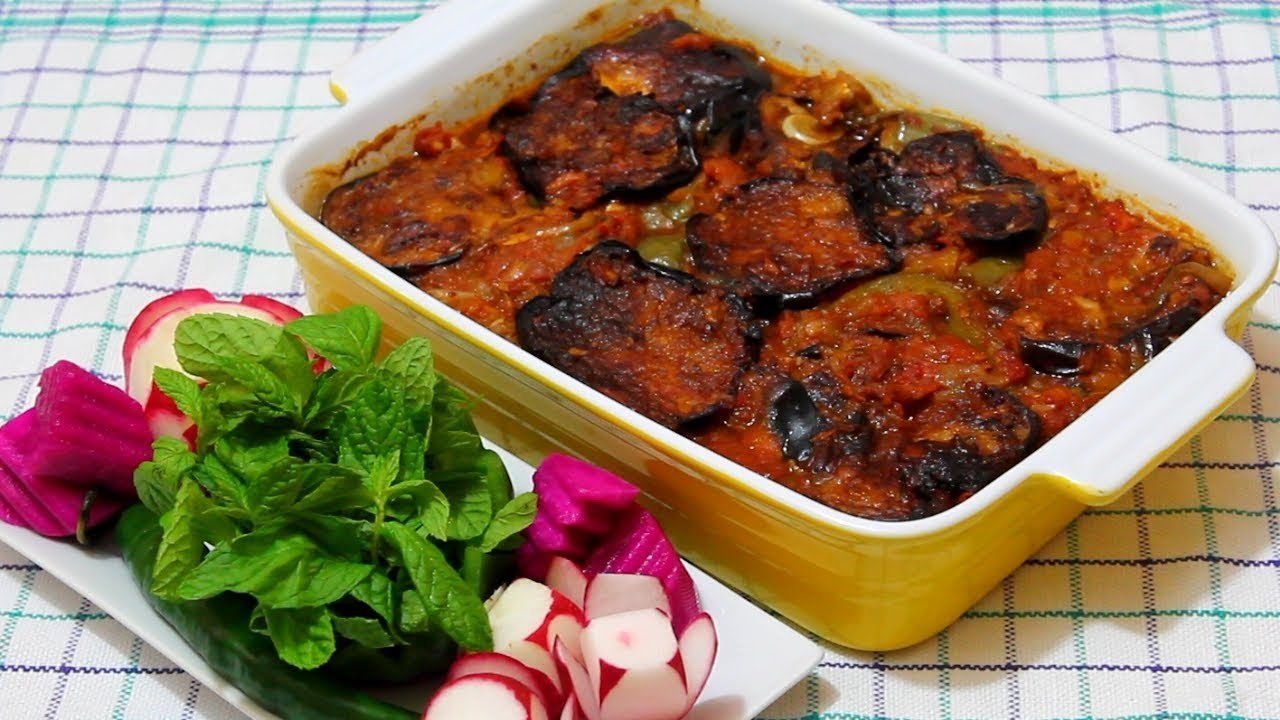 It is a dessert made of Pastry, milk, double-cream, nuts. It has a historical story, back in Ayyubid Empire period, when “Izz al-Din Aybak” was killed by his second wife “Shajar Al Durr”, his first wife “Um Ali” decided to revenge and kill her. And she vowed to distribute pastry filled with milk and pastry to poor people. That is why it is called “Um Ali”. 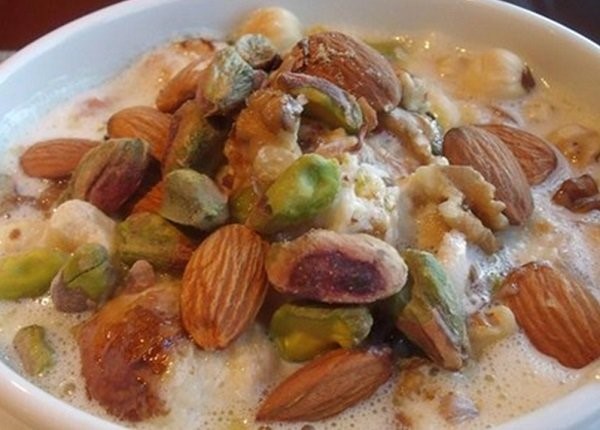 It is the favorite for children. It is rice pudding.  It is made by mixing rice, water and milk. Optional ingredients include raisins, nuts and cinnamon. 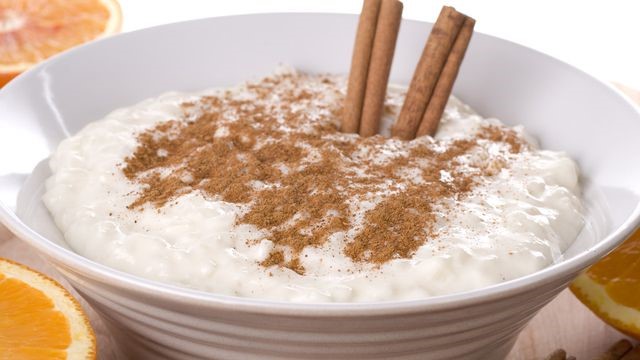 It is a traditional Egyptian sweet cake. The primary ingredient for this dessert is semolina. There are many different verities of this one, you can have it topped with nuts or you can have it plain, either way very tasty. 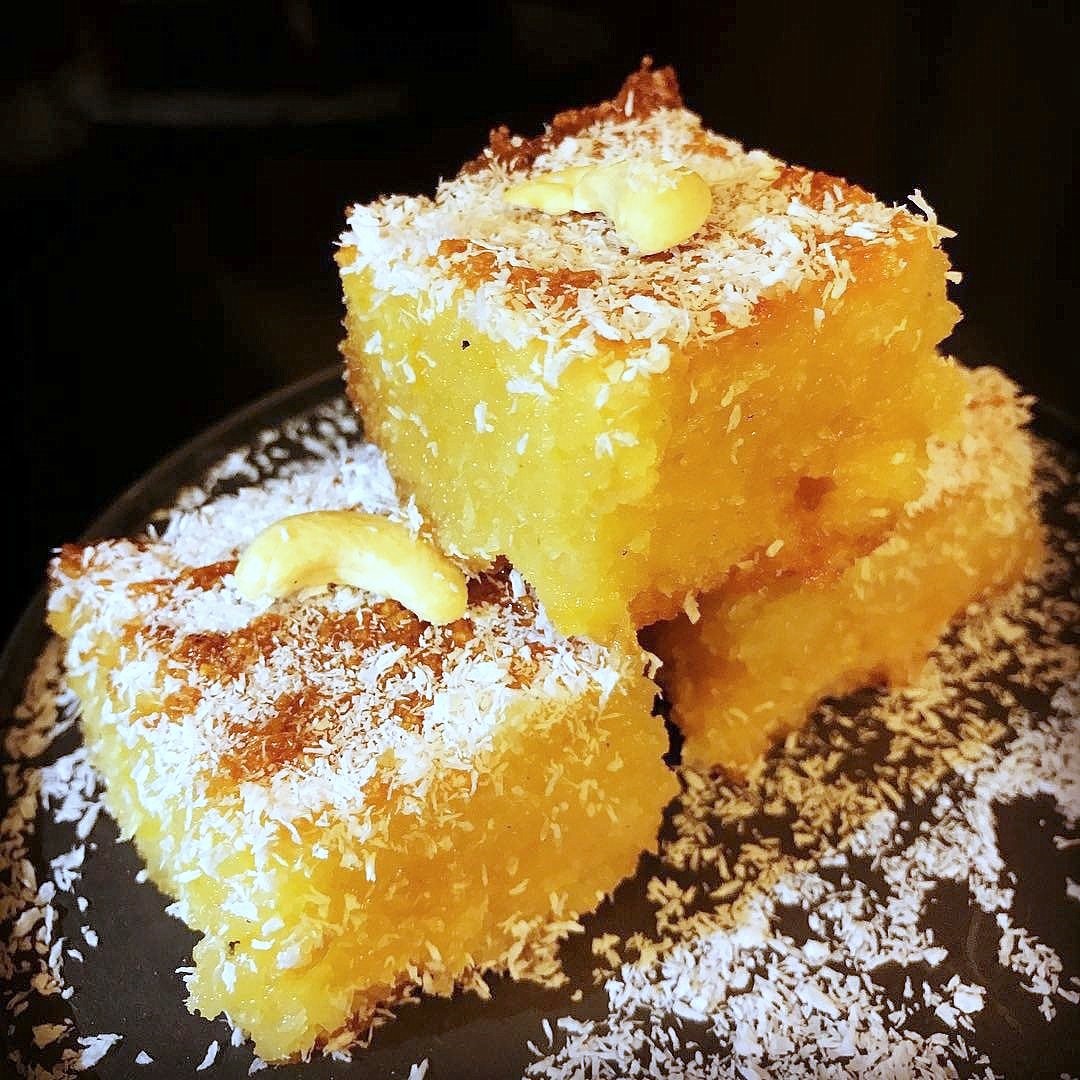 It is one of the most delicious desserts that you can eat in Egypt. Originally it is a Turkish dessert but it is very popular in the middle east. It is made by soaking a sweet cheese pastry in sugary syrup. 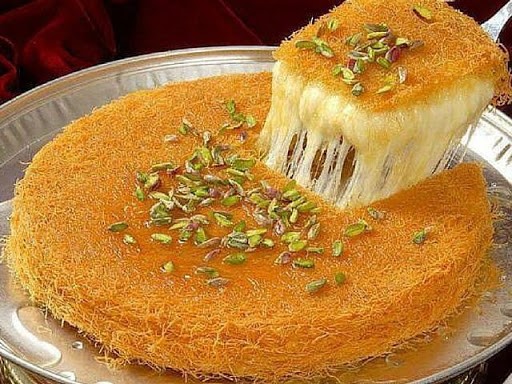 Small patties which melt in the mouth. It is a lot like shortbread. Flour, sugar and butter are the main ingredients for this sweet biscuit.

Because tea is the top beverage in Egypt, Egyptians have different ways to drink it. They sometimes add milk to the tea. This great mixture is called “Shay bel laban”.
Mint tea “Shay bil na’na” is also very popular in Egypt. It is served in every Egyptian household.

This is a stewed apricot juice prepared from dried apricot paste, served during the holy month of Ramadan because it helps to minimize thirst. 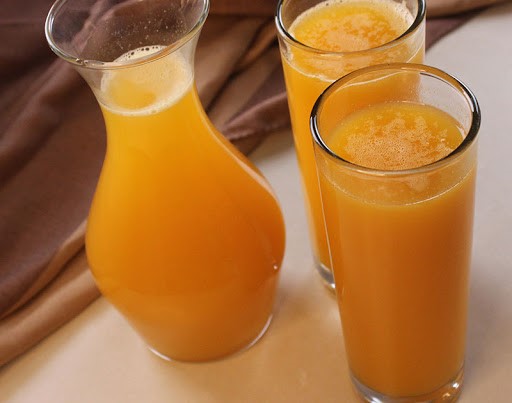 This extremely popular drink is supposed to calm nerves, so as the locals believe it.
Wedding celebrations are traditionally toasted with a fine glass of Karkadeh, it has been used in Egyptian homes to poach pears and to mimic a non-alcoholic mulled wine, served warm and sweet. 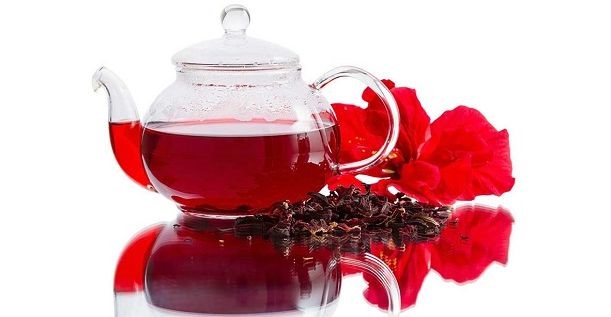 It is made in pretty much the same way as the hibiscus juice, only it is served cold. This is also a favorite Ramadan delight, which the people usually take after “Iftar”, along with the apricot juice. It is tangy and sweet and completely refreshing.

It is more a winter drink. One of the most popular hot drinks in Egypt made from ground orchis mascula, sesame seeds, coconut, sugar, milk with nuts and raisins as toppings. 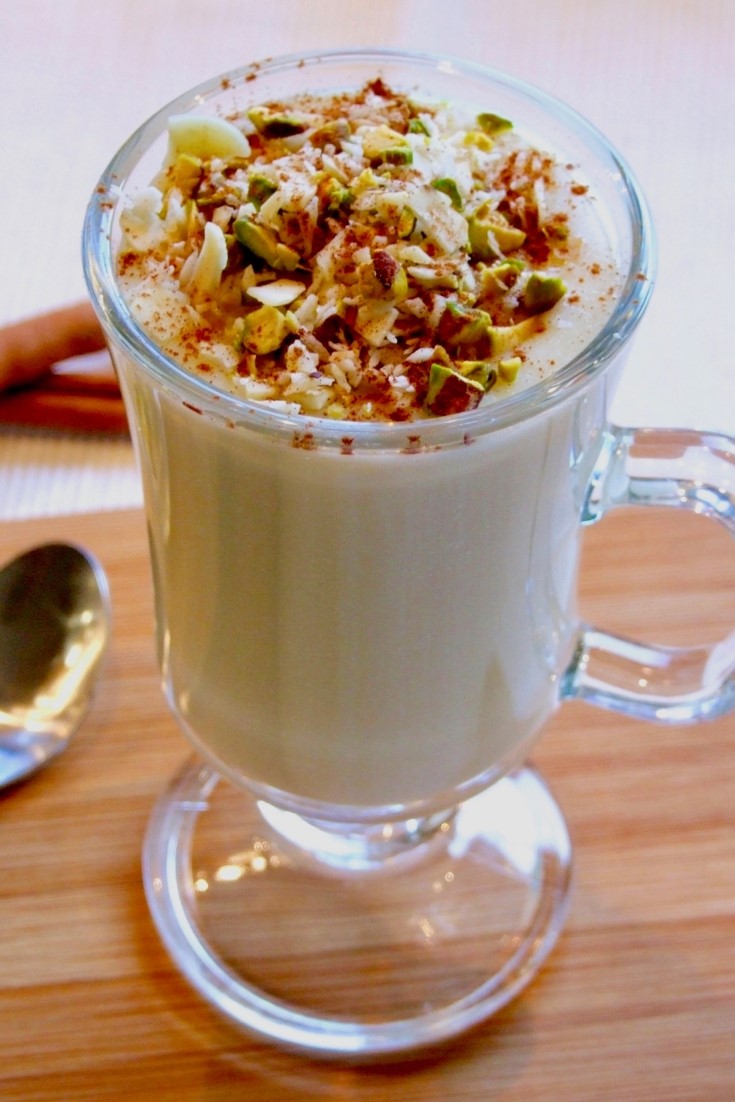